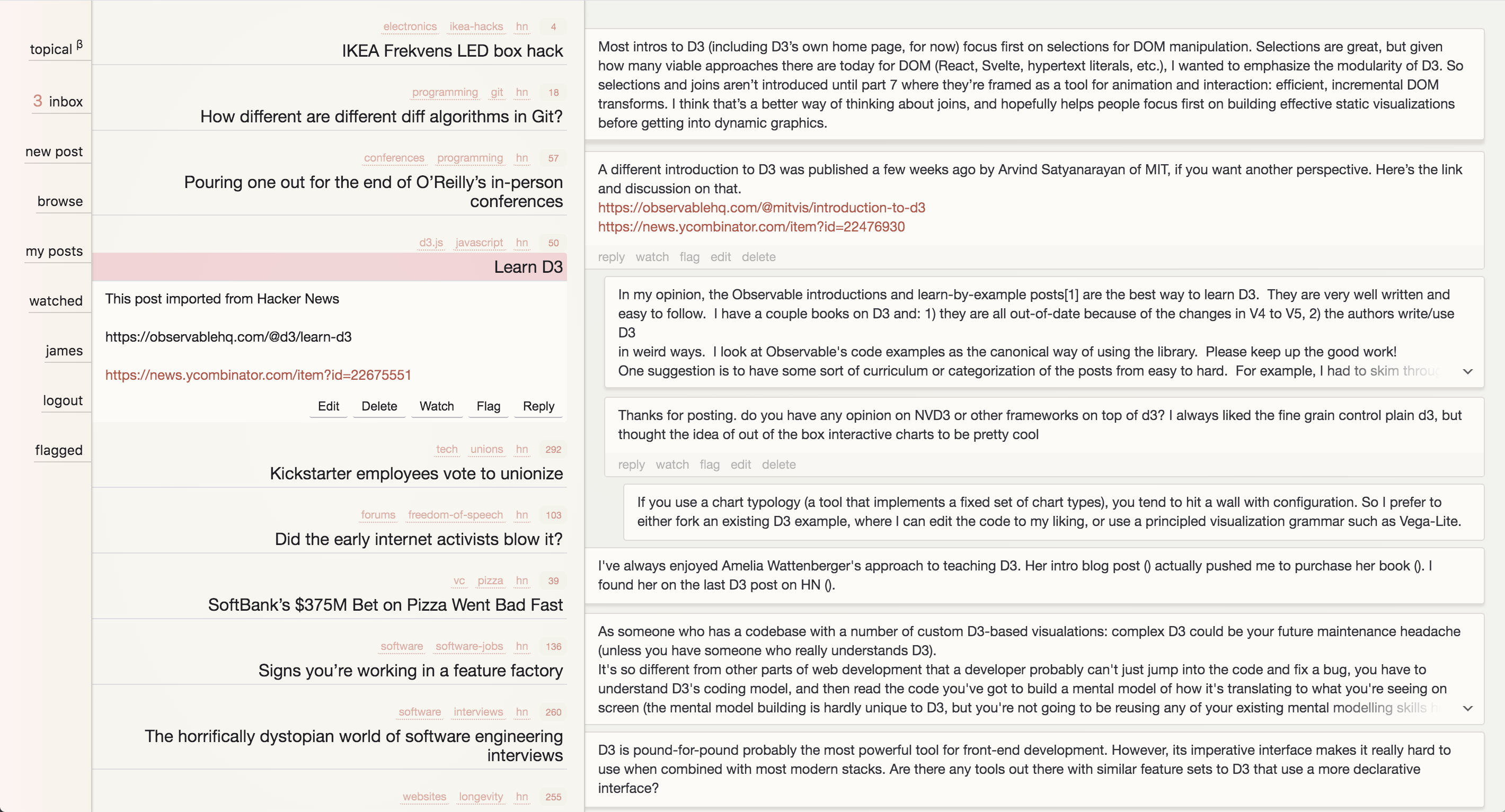 Topical is an experimental discussion platform that aims to avoid distracting extraneous signals and allow the user to focus on the content.

Topical is still under development. Content in the screenshot has been imported from Hacker News for testing purposes only. Technologies used include React, mobX, Webpack, Node.js, Express, and Postgres.